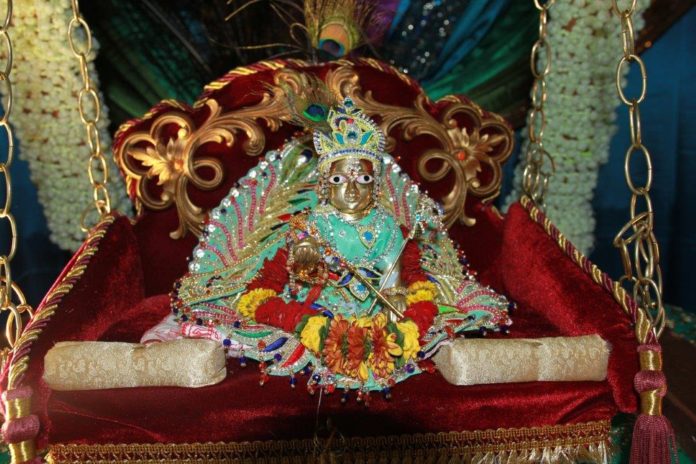 Krishna Janmashtami, also known simply as Janmashtami or Gokulashtami, is an annual Hindu festival that celebrates the birth of Lord Krishna, the eighth avatar of Vishnu. It is observed according to Hindu luni-solar calendar, on the eighth day (Ashtami) of the Krishna Paksha (dark fortnight) in Shraavana of the lunar Hindu Calendar and Krishna Paksha in Bhadrapad of the lunisolar Hindu Calendar, which overlaps with August and September of the Gregorian calendar.

Lord Krishna is born in an area of chaos. It’s a time when persecution was rampant, freedoms were denied, evil was everywhere, and when there was a threat to his life by his uncle King Kansa. Immediately following the birth at Mathura, his father Vasudeva takes Krishna across Yamuna, to foster parents in Gokul, named Nanda and Yashoda. 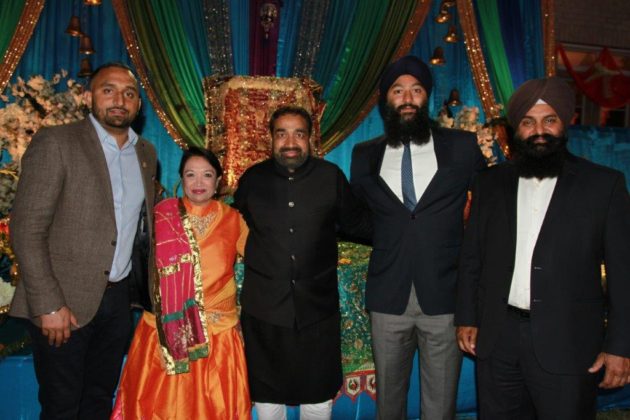 Lord Krishna birth is celebrated as Lord Krishna’s showed the path of Dharma, and Dharma wins over Evil deeds, Lord Krishna stated that whenever there will be prominence of evil deeds in this universe, he will reincarnate in various looks and attire to show the path of right and peace to people.

THE SOLE REASON OF CELEBRATING THIS FESTIVAL IS BRINGING PEOPLE TOGETHER SO THAT PRINCIPLES OF UNITY STRENGTHENS.

Throughout the evening was celebrated by Dance-drama enactments of the life of Krishna according to the Bhagavata Purana (such as Rasa lila or Krishna Lila), devotional singing through the midnight when Lord Krishna was born, fasting (upavasa), a night vigil (ratri jagaran), and a festival (mahotsava) on the following day are a part of the Janmashtami celebrations. Krishna Janmashtami was followed by the festival Nandotsav, which celebrated the occasion by distributing gifts in honour of the birth. Overall celebration included Performances, Ras, Garba, devotional songs, delicious food/Prasad. Tiny foot prints were drawn outside the house doors and kitchen, walking towards the house, a symbolism for Krishna’s journey into our home. The offerings made to Krishna include sweets, fruits, betel and butter. Savories believed to be Krishna’s favorites are prepared with great care. On this occasion more than 256 different type of sweets were prepared with great care, 101 type of fruits, 31 types of dry fruits were offered to Lord Krishna and after the celebrations, these sweets are distributed as Prasad.

ON JANMASTHAMI, MANY PARENTS DRESSED UP THEIR CHILDREN’S AS CHARACTERS IN THE LEGENDS OF KRISHNA, SUCH AS GOPIS AND AS KRISHNA.

Janmasthami is celebrated throughout the world, especially in entire India, particularly in Mathura and Vrindavan, along with Major Vaishnava and non-sectarian communities found in Manipur, Assam, Bihar, West Bengal, Odisha, Madhya Pradesh, Rajasthan, Gujarat, Maharashtra, Karnataka, Kerala, Tamil Nadu, Andhra Pradesh and all other states of India. The celebration of Janmasthami in Brampton was attended by hundreds of people, was also attended by Mayor of Brampton His Worship Mayor Patrick Brown, Former Mayor of Brampton Susan Fennell, Hon. Prabmeet Singh Sarkaria Associate Minister of Small Business and Red Tape Reduction, MPP Amarjot Sandhu, Mr. Ajay Sharma Consul (consular, Passport & Visa), many religious intuitions heads, and community leaders. On the occasion Mayor of Brampton His Worship Mayor Patrick Brown gave his best wishes on Janmasthami, he mentioned that Brampton is one of the most diverse city in Canada, and it is always a pleasure to see how all the different diversities made Brampton religiously, Culturally so strong, and applauded community playing a key role in the fabrication of the diverse Canadian society also thanked Rashi Bajaj for hosting this beautiful celebration in the city of Brampton and adding more color’s to the colorful city of Brampton, Associate Minister Hon. Prabmeet Singh Sarkaria gave his best wishes on Janmasthami, Mr. Ajay Sharma representing Consulate General of India gave his best wishes. On this occasion Community leader Naval Bajaj gave his best wishes on Janmasthami, take the learnings from the life of Lord Krishna, his preaching’s from Bhagwat Gita and implement in life to make it more peaceful and beautiful. We all are blessed that we live in most beautiful county in World and blessed to celebrate different festivities throughout the year from around the globe as Canada is a country with full of diversities